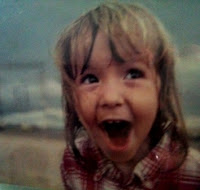 Posted by The Divorced Lady's Companion to Living in Italy at 01:43 26 comments: 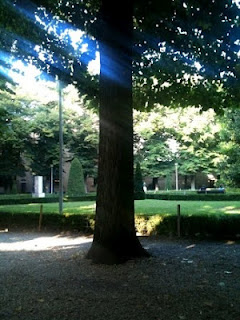 Lately I've been in good company. Inspiring company. Daunting company. For the first time in the nine kid-muddled years that I've been in Italy I managed to drive to Mantova's September Literary Festival, a mere 100kms from this house, where a hive of local and international literary luminaries speak to enthralled audiences. I booked tickets. Toni Morrison. Aimee Bender. Nathan Englander. I warned teenagers there would be no taxi-service, few meals and zero rave parties at the house. They were warned. (That didn't stop me receiving random phone calls - Are you picking me up from singing? Do you have the email of that woman I'm working for next week?)

I escaped. Drove into the fields. Past Verona. Over Mantova's seedy lake along the spit towards the tapestry of Gonzaga castles, turrets and cupolas. 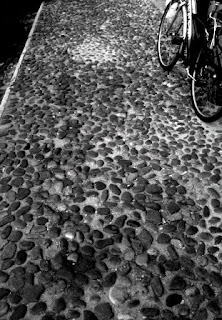 I parked. I rushed. I hobbled over cobbles the size of oranges. First, in front of Alberti's famous Renaissance cathedral, I saw the Kenyan writer Ngugi wa Thiong'o sitting in a bar. My heart began to thump. Three of my insolent teenagers studied this man's 'Devil on the Cross' for their IB exams, bringing scribbled-on copies to the table, talking about how the imprisoned author wrote his novel on scraps of paper - toilet paper! - while persecuted for his words.

I wanted to rush up. Sit down and talk. I've had a story accepted by a British review that has Ngugi on the Editorial Board, a story that took two years to go through their channels. I thought of the six degrees of separation theory from that film. Now there were none - between me and a world-famous writer!

** (Read my post Abuse, over on my short story blog)


Many years ago I went to Rome to visit a friend. She was huge with her first child. I was running circles around my toddler. It was so hot in Rome. She wore pigtails and we drank coffee.

She said to me some time later, when our boys were pre-teens and not too fond of each other. But how can you write? How can you write when you read the brilliant things that real authors write? The big ones? Doesn't that put you off?

It paralyses me, she said. She said she severed her writing dream because she knew she would never write like the writers she admired. Gave up. After that, I felt phoney and third-rate.

This week I remembered my friend's words. Her paralysis. Perhaps this is the risk you run when you are made tiny in a crowd swooning to Toni Morrison's words. You cannot help but think, Me? Call myself a writer? What on earth could I possibly have to say when there is this? These books? Already written and to be savoured?

I listened to Toni Morrison who is luminous and wise and I wanted to rush up and give her a hug. I listened to Aimee Bender with her views on craft swimming alongside the flux of magic on the page. I listened to Italian writer Ermanno Cavazzoni who said that a short story is 'qualcosa che meriti' - something that you deserve because you have put yourself in a position where you will be delivered a voice, a miracle. I listened to Nathan Englander and his stringent views on revisions. 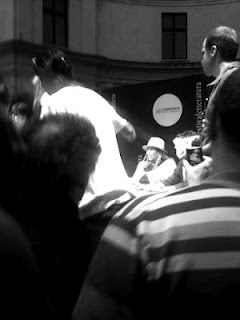 Ah! It was almost too much. My paltry efforts, compared to their weighty words. I watched the Italians push up to have their translated copies signed, I watched beaming Ms. Morrison look out from beneath her hat rim at all the faces, all the hands, all the feathery open books.

How do you write? she had been asked earlier.

To write you must find out what you need. Do you need a sandwich? Do you need music? I find I need solitude. I don't like beautiful views, I don't want to be distracted.

All I need is a pencil and a yellow legal pad.

Posted by The Divorced Lady's Companion to Living in Italy at 10:09 18 comments: 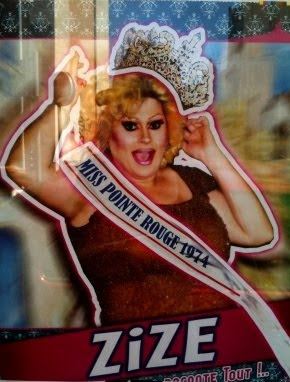 Catherine McNamara's 'The Divorced Lady's Companion to Living in Italy' is the best thing since sliced bread. It has changed my life. It thrilled me from the first kinky words and I walked into elevators and doors gripping my copy. In bed I laughed like an insane woman – I just couldn’t get enough; I didn’t want it to end.

Catherine's book resounded with meaning for me: it has made me love prosecco and the Dolomites and the Italian language. It has improved my relationship with my children. Now, when I look at the High Gothic Duomo of Milan, I whimper. Thanks to Catherine's saucy characters and liberating vision of older women, I have realised that - if I really want to - I can wear purple and wield a whip.

Buy this divine book and you will find love, culture and prosecco in dizzying amounts...


Whaat? Where on earth did I find this review?

The truth is I wrote it ten minutes ago and think I could improve a few things.

This morning, having my Daily Mail hit, I read that crime writer R.J. Ellory has been caught out writing glowing Amazon reviews for his novel. Not only that, he has been mean and nasty about books written by his other authors in his field.

Catherine McNamara’s book is a sleazy, entirely non-feminist rant that leaves me wishing she would just shut up. I didn’t laugh once. Her ideas are disturbed, her dialogue sucks, she should be arrested for her syntax and lack of understanding of Italian culture. Not only that, she must be an irresponsible person who couldn’t cook to save herself, and probably slaps her children around and has a drinking problem. Definitely has a drinking problem. I would pay you not to read this book.

Mr. Ellory! Shame on you!

His reply: Everybody does it. Do they? Is this something I am not in on? Sure, I have asked friends and readers in a nice voice, And if you wouldn’t mind popping something up on Amazon or Goodreads, even if you hated it.. And one friend did reply, Well, write me a review and I’ll post it..

But naahh! I know there is huge competition out there. That writers can be slimey and buyers just show no good sense (50 Shades of WTF – thanks Downith!). But is this where it’s at these days?

Have you ever written yourself up in a review? Or tried to pull the others down a peg? Huh??

Posted by The Divorced Lady's Companion to Living in Italy at 09:40 11 comments: