This writer wears many hats. Shoe devotee, novelist, classical pianist (who doesn't practise enough), gardener, cook, cleaner, short story writer, taxi driver, lover, mother, pet owner, swimmer, translator, English teacher... We all do, don't we? But one of my favorite hats is the Paris hat. Twice a year a fashion designer friend transports me from these soggy Veneto plains to the grey rooftops and tiled metro tunnels and exotic foods of one of my favourite cities in the world. Oh forget cranky Parisians and stiff monuments, this is buzzing mercurial Paris of colours and styles and energy fusions. All big cities have it and this country scribbler has had a giddy few days.

Anyone who scans ahead may be forgiven for thinking Catherine has been living it up in Paris at a four-day long rave. That's one way of looking at it. But these shots don't really show the difficulties in dragging racks of clothing up several levels of escalators, trying to write down orders in Italian while being spoken to in French and half-thinking in English, standing in heels all day (a personal and masochistic choice), living on peanuts apart from lavish Asian meals at night, staying in French Psycho Motels along the A6, drinking horrific French coffee and driving a van over the alps (in light snow) with windscreen wipers like oversized flippers.


They do, however, indicate some of the things that happened this week. For example: 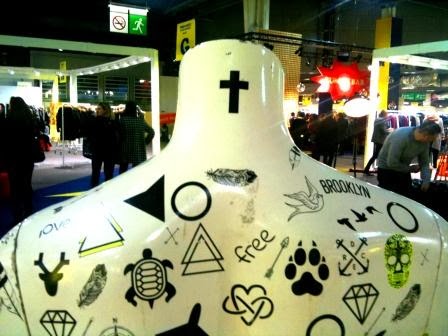 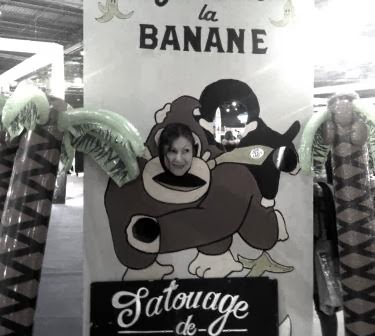 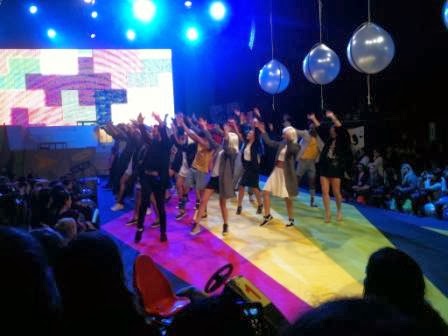 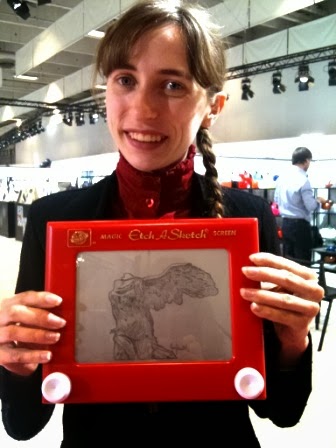 Oh and fashion, ho-hum, I didn't photograph any of that. Having had so many sneaky people sliding past trying to take surreptitious shots of Ale's clothes, I wasn't going to prowl the joint snapping people's work!

And here is the golden key, btw Downith, the famous BUBBLE CARD that made the three of us glow, giggle and trip sometimes. 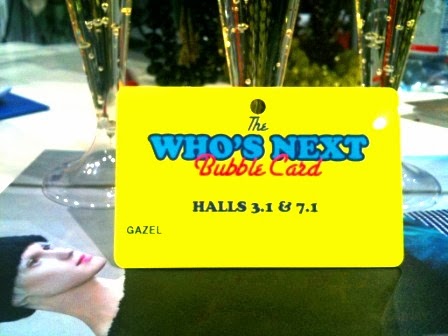 
And now - shock! horror! - I'm back at the farm. Another hat. A big woollen beanie. It's raining miles and the heating is bung. And Paris is where she is. Noble, dirty, full of poverty and power, bright kids and snappy ladies. Paris, je t'aime toujours.


Posted by The Divorced Lady's Companion to Living in Italy at 08:36