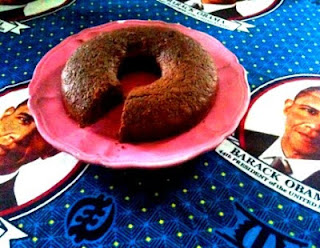 Yesterday I baked a cake. I also ate a slice of it. A small one as you see.

How many of us have our cakes and may nibble on them?

Years ago I was a young married wife with a nappy-changing habit. I mean, I was always at it. I dragged my baby around with us everywhere. My husband’s colleagues were often single women busy with their careers, as modern liberated women are. They grimaced at me trotting off to the bathroom with a screaming toddler. Went Ewww when I plonked dirty nappies into their gleaming waste bins. It was clear I was doing something they didn’t wish for, for goodness' sakes. 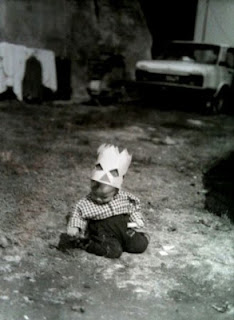 Much has been made of the divide between career women and stay-at-home mums. I belong to the stay-at-home or partially-working team, and yet I've always had grand admiration for (and many friendships with) women who choose to leave their biology aside and make something other than motherhood the centre of their lives. Do we all have to reproduce? I don't think we do. I know that having kids made me into a better person - less rigid, more real, less self-absorbed. I realised I was no longer at the centre of a world I could not control - accidents that might happen, illnesses that might trespass. But that's just me. I've always viewed motherhood less as drudgery than a privileged, almost animal state. A sort of constant readiness and permeation.

Although it is a state I will also be glad to emerge from with my brain intact. Currently going through my fourth teenager-hood, there are only so many hip music movements my poor little kitchen can stand. This year it's dubstep. Save me Scarlatti!

I remember reading one sour article that attempted to pour oil into the fire. The journalist formulated: At the end of the day, they all leave home. Sure. They do leave home. And no judgement should be passed by either party. There are those of us who burn to work, to earn our place, to jostle in society. I know women who bring home the bacon, guilty as hell because they are missing on birthday parties, carefree outings to the park, and yet who are tapped on the shoulder by mothers-in-the-know. One was reprimanded because her daughters were spotted wearing the same shirts two days running! And yet at the local pool I see mothers who plonk themselves on plastic chairs during their kids' swimming lessons, children so cardinally obese and unable to dress themselves without said mothers' scolding and quick hands.

It's not worth the fight. Yes, they do leave (not that any of mine officially have). And while some of us suffer from Empty Nest Syndrome, others are itchy to dust down their career itineraries, and find a different path to self-evaluation, economic independence, moving on.

It can be so exciting. As my wiser-than-me seventeen-year-old daughter told me recently: You've had your marriages, You've had your babies. Now it's time for you, Mum. Your career. Your writing.

P.S. Anyone coming to the mumsnet blogfest on 10th November in London I would love to meet up! Send me a line.

P.S. The Barack Obama tablecloth was produced in Ghana for the President’s visit to the African nation in 2009. It was intended to be sewn into a special dress for the occasion, but it was way too beautiful to cut up so I'm afraid we use it as a tablecloth.

Posted by The Divorced Lady's Companion to Living in Italy at 04:20