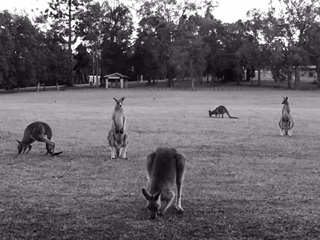 This summer has been the wildest one so far. I never knew I could move around so much without going slightly mad. Time zones. Seasons. Languages. Wardrobes. Prior to the great Sydney expedition I took part in the second edition of the London Short Story Festival, four days saturated with short story wonders. I did a workshop with Ben Okri, and heard several of my favourite short story writers read including the original May-Lan Tan (Things to Make and Break, CB Editions - buy a copy and you won't lend it to anyone!), Canadian D.W. Wilson and the award-winning Kevin Barry. More about the festival delights on my Pelt blog this week. If you have a penchant for short stories as I have, you'll understand. 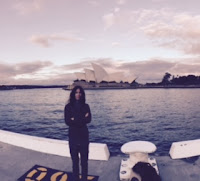 Then of course I spent nearly month in Sydney, mouth open, marvelling. At the beauty, at the rush of the city, at the harbour and her classic icons that fail to look jaded to this ex-Sydneysider. Gosh I will miss those days!

Another plane. Another airport. (I'm starting to feel like Nicole Kidman!) Abu Dhabi-Venice. Followed by an all-important wax before my impending beach holiday. A taste of heatwave northern Italy before boarding a plane the next morning for London, for the Bloomsbury launch of Fugue Vol. II, The Siren Press, and a reading from my kinky contribution 'Three Days in Hong Kong'. I can't believe I wasn't keeling over from jet lag and here I'll share a traveller's secret: melatonin. Take it if you have cross time zones! 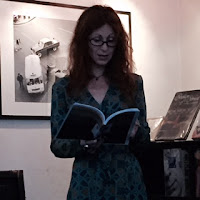 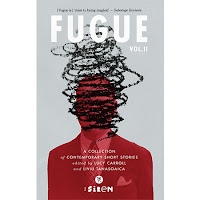 A great evening and I was quite emotional at the idea this was my first book launch in Bloomsbury, at a swish place, with my pointy shoes and quiet voice and many other writers to admire and chat with. The Siren Press publisher Lucy Carroll has brought together a dark, quirky lot. Again, a full introduction to this volume is on my Pelt blog. 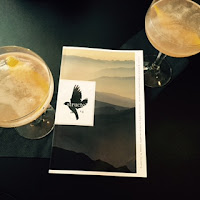 Of course to keep things simmering I had a second reading at Soho's Society Club. This time from my story 'The Book of Bruises', generously introduced by Structo editor, Euan Monaghan, an evening that involved fabulous cocktails and captivating readings. I was truly happy to be there! More coverage of that on my Pelt blog next week.

After surviving these two sessions I flew back to Venice for the grand finale, a week hiking and swimming and eating and dancing on a hippie island in Greece. This writer didn't want that week to end. Ever.

I hope your summer (or winter) moments were just a marvellous!

Now back to peddling stories which isn't so bad after all..

Posted by The Divorced Lady's Companion to Living in Italy at 05:41