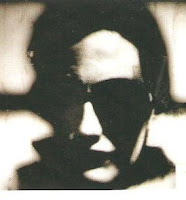 One of the trickiest things about being a tough divorcée in wintry northern Italy is that ‘love’ still comes to ring your bell. I’m not averse to love. Savage love, placid love, criminal love. I’ve fallen into it several times, and fallen out of it with an ugly bump afterwards. There was a time when I truly believed that what I had was enriching and everlasting. It was not.

(But let me be clear. One of the loveliest things is an enduring couple, a soft-edged and caring couple. A pair who embrace, make love, cook, read the same books, have their silly in-jokes. God knows they exist, and thankfully I know some of them.)

Another of the tricky things about being a tough divorcée in wintry northern Italy is that it is assumed you are a huntress. It is assumed that you are insatiable and available. Young men with tattoos assume you’d like a little Mrs. Robinson. Desirable husbands wink and hold your arm at length. Sturdy unmarrieds give you worried looks, soiled with temptation. It is assumed that as a divorcée you have busted men’s hearts and must be a tempesta in bed. Oh and add years in Africa to that. It means you have the fiery tropics within.

Okay it’s not so bad. But oh to be taken seriously. As a woman without a label, a woman who chose her path not because of sex or income or betrayal but because these are the things that happen. Oh what the hell, write a book about it…

But back to love, or something dangerously close. It isn’t really fair the way this emotion returns, wells, plays riffs along your senses, even at this ripe and supposedly mature age. It isn’t really fair the way your delight takes shape, making your skin luminous and your eyes wide. Wasn’t it only last month that you were like every second woman in every second film I’m never going to fall in love again. I don’t need a man! ?

It isn’t fair, is it? The way this lesion, repaired, leaves such easily forgotten traces.
Posted by The Divorced Lady's Companion to Living in Italy at 04:34