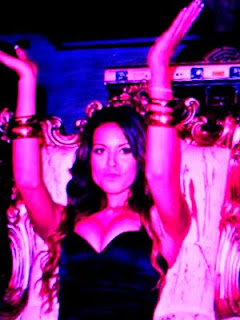 Last week I spent an uncomfortable few moments listening to ex-PM Silvio Berlusconi orchestrating his own defence in a Milanese court. Berlusconi is being charged with paying for sex with a minor, Karima el-Mahroug, known as Ruby Rubacuore (Ruby the Heart Stealer). Seventeen at the time, curvy and pumped-up, Ruby was apparently present at one of the PM’s many gatherings at his sumptuous villa at Arcore, outside Milan. Looking tired but tweaked, the gaffe-prone 76-year-old sounded as though he were talking about a family picnic, mentioning Neapolitan love songs and visits by his children.

For the past two years, as the country has been hurtling towards economic meltdown, Italians have been hearing about what the ex-PM’s ‘bunga bunga’ parties may have entailed. We have been told that the ‘bunga bunga’ is everything from a sex position to a post-dinner erotic dance by women procured by sleazy ‘talent scout’ Lele Mora (fresh out of gaol for fraud). Selection by the Prime Minister during the ‘bunga bunga’ dance entitled women to everything from sex with the septuagenarian to gifts and money, for which the Amazonian women queued and probably bitched with one another. One can only imagine the conversations. 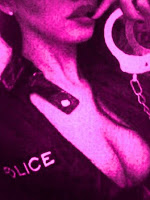 In the unreliable words of Ruby the Heart Stealer, (who also denies she had intimate relations with the ageing politician,) the ‘bunga bunga’ concept was a formula copied from Silvio’s ex-best mate Muammar Kaddafi and simply involved being surrounded by twenty naked women. Harem-style. It has been said that Silvio added his own twist with the women-on-women also dressing as nuns or police officers.

Berlusconi and his cronies have long complained that the press has no right to violate the private life of an individual and here they have a point. However, given that Veronica Lario, Berlusconi’s now ex-wife, chose to write a public letter of protest printed in a major Italian newspaper following a scandal from a few years back (lamenting the lack of respect the flirtatious PM gave to his wife and offspring), the country could be justified in seeking to understand what is going on. Never mind the abuse of power and conflict of interests on a political level.

For Berlusconi has also been accused of tampering with the law by calling up the Milan central police office when the unreliable Ruby was arrested on an unrelated theft charge. The media billionaire told police that Karim el-Mahroug was grand-daughter of Egyptian ex-President Hosni Mubarak, and that her detention would cause a diplomatic scandal. He sent Nicole Minetti, a booby-dental-hygienist-turned-local-politician and now under investigation for ‘procuring young women’, to collect the naughty teen. Currently, Berlusca’s angle is that the shifty telephone call was purely ‘seeking information’ and, nagged by the national press he constantly claims is stridently left wing and in league against him, he has continuously claimed that he is a ‘generous’ man who in voluptuous Ruby saw an underprivileged girl in trouble (the girl’s own father has said she is a fame-seeking scallywag).

Berlusconi also admitted giving nearly 80.000 euros to the young woman to open a beauty salon. (Plus 5.000 euros for the night in question.)

Interestingly, Berlusconi’s tentacles have reached out to include George Clooney, who the unreliable Ruby claims she saw with ex-girlfriend Elisabetta Canalis at one of the ‘bunga bunga’ events. Clooney denies he was ever present, but recalls that an evening spent at the ex-PM’s Rome residence was ‘one of the more astonishing evenings of my life’.

N.B. Some of us were happily astonished to hear that Berlusconi was charged with tax evasion last week, but already the three year sentence has been reduced to one year, and he will be able to launch two appeals - so as with most of his trials, the statute limitations may expire. Despite his loud cries of injustice, the ex-PM is slowly sinking in national esteem. Era ora!

P.S. I have a great interview up on the lovely (creative, accomplished and funny) Kimberly Sullivan's blog kimberlysullivan.wordpress. Kimberly and I met at the Matera Women's Fiction Festival and I plan on gatecrashing her writing group in Rome next month!
Posted by The Divorced Lady's Companion to Living in Italy at 07:22