The Next Big Thing

Last week Alison Lock invited me to take part in The Next Big Thing. Alison is a poet and short story writer whose collection 'Above the Parapet' is coming out with Indigo Dreams Publishing in 2013. Do take a look at Alison's site.

The Next Big Thing is a great way to network with fellow writers and to find out a bit more about what they're working on. The idea is fairly simple. You, the writer, answer a standard(ish) set of 10 questions on your blog one week then ask up to five other authors (whose work you like and you think might be The Next Big Thing) to answer the same questions the next week. 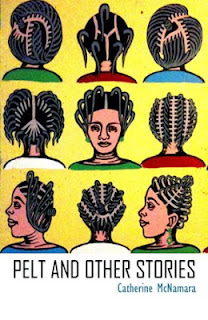 What is the title of your next book?
'Pelt and Other Stories'

Where did the idea for the book come from?
I have always wanted to publish a book of short stories. I love the form and have been writing and publishing stories for years. Some of the stories in 'Pelt' are interlinked and this happened because I felt my characters had more to say and experience. The idea behind the book is to explore shifting cultural boundaries, the effects of colonialism and the clash of the developed and underdeveloped worlds. There are also some quirky pieces set in Europe involving the lingering power of our abused environment, and relationships in upheaval or decline.

I have also lived nearly all of my adult life as an exile so this state of being is often examined in my work. And, as for location, I studied African and Asian modern history and lived in Ghana for nearly ten years, and Somalia before that, so my interest in migration, history and a truthful representation of this continent runs very deep.

What actors would you choose to play the part of your characters in a movie rendition?
Everybody loves this question. And as I've had film interest in the stories I've allowed myself to think along these lines. Isabelle Huppert and Bruno Ganz for 'At the Malga' and 'Veronique in the Dark'. Colin Farrell and Marion Cotillard for 'Young British Man Drowns in Alpine Lake'. That would be so much fun!

What is the one sentence synopsis of your book?
Lust and dirt from a world of places

How long did it take you to write the first draft of your manuscript?
Most of the stories have been published in English or Australian literary reviews, so some were completed several years ago. This collection has been changing shape over the last five years, and was interrupted by the editing and publication of my first novel. I could probably have continued with the same themes and have written more stories, but it was time to stop and consolidate.

What other books would you compare 'Pelt and Other Stories' within the genres?
That's an uneasy question because I don't want to put myself up there with someone who's had massive success and a huge print run. Instead, I'd rather mention the books that have influenced the collection. Recently: Nam Le's 'The Boat', Sarah Hall's 'The Beautiful Indifference'. Both great story collections. Chika Unigwe's 'On Black Sisters' Street' for her subject matter. Also Joseph Conrad's short stories set in south-east Asia are never far from my mind.

Who or what inspired you to write the book?
I love to tell stories. I love words, characters and twisted tales. I love hooking the reader and then bringing in the big catch - a crisp and elusive ending.

What else about the book might pique a reader's interest?
The first story 'Pelt' is an arresting piece about a pregnant Ghanaian girl whose German lover is being reeled back in by his ex-wife. The story is funny, but not so much, as you watch the original couple crumbling and the young woman fighting for her man. Many of the stories involve the consequences of lust; they also speak of sex in terms of incest, AIDS and gay love. There are also siblings who have had to stop and make a reckoning, unions that have soured and, finally, a deep consideration of cultural migration - all the misplaced people. I have had enthusiastic comments from editors and test readers and think the stories will surprise and interest.

Now it is time to pass the baton and introduce a few writer friends (and great bloggers) who will take part in The Next Big Thing on Wednesday 12th December.

Posted by The Divorced Lady's Companion to Living in Italy at 02:53